Canadian Folk Music Award 2023 Single of the Year nomination for Tyler's song "100 Proof" recorded and released by the most wonderful Julian Taylor.  Julian's version of "100 Proof" has surpassed 400,000 plays on Spotify (Oct 12, 2022). The single will also be included as a bonus track on Julian Taylor's new record, Beyond the Reservoir.

New record is in the canish and will be available soonish. Tyler's most intimate story-tellery recording to date with a few wonderful folks adding some sparkle. Limited edition vinyl miay be available and/or perhaps coffee mugs :)

Well Seasoned (2019), the double  album is in the stream. Spring (side 1), Summer (side 2), Fall (side 3), Winter (side 4) can be enjoyed as EPs on most streaming sites (Spotify, Apple Music, etc) but you can hear the album in its entirety right here.

"Your Smile" is a single that was  released on the "Stir it up Someday" compilation album in 2019. This release, in support of Relish Bar on The Danforth in Toronto (Relish did succumb to the Covid Crush but we are hopeful it will rise again!), was put together by singer/songwriters David Macmichael and Dan Boggs (among others) this release is available on Bandcamp. "Your Smile" is one of a bunch of songs that came out of the bunkie at Straid Hill during the first year of isolation. Click on the "Listen to" button to hear this tune featuring the marvelous Mark Thackway.

Listen to the single "Your Smile"

If you like your songs with a little tongue-in-cheek yet with their finger firmly on the pulse of the human condition, then Tyler Ellis is for you. “Tell the soundman to mix it for my mom; she likes to hear a lot of me.” (Music as Usual)

Tyler Ellis has worn two musical hats for a long time. Two wonderful musical hats. On the one hand, a critically acclaimed, award winning singer/songwriter; on the other, an award winning music teacher. With the 2019 release of the double album, Well-Seasoned, Ellis confidently throws both hats into the ring.  His wry, thoughtful songs about love and life in The Great White North comfortably rubbing shoulders with his songs about the seasons, Venn-Diagrams, and counting to ten.

Over the years, Tyler has shared a lot of music with a lot of people. Whether writing ditties for CBC Kids (Days of the week song); co-writing with The Julian Taylor Band; talking about music education on CBC Ideas (Ballad of the Tin Ears); presenting university lectures on the joy of singing (“Bad Singer/Good Singer with author Tim Falconer); hosting the long running Riverboat Monday Open Stage; performing shows solo and with his band, The Eddy Line; his many years of conducting a 75+ member junior elementary choir; or, just working on his craft, for Tyler it’s always just “Music as Usual”.

The 21 tracks included on the new release – the quintessentially Canadian content of My Brother’s in the NHL, West Coast Ways, Canadian Heart, and Blue Nose; the insightful social commentary of Out Tonight, Mwa Mwa, Music as Usual, Preaching to the Choir and All the Power; the Fam-Jam good times of the season songs, Venn Diagram, and One to Ten and back again; and, the love stories of Lost on the Bridge, Stuck in my Ways and Glory - all reflect Ellis’ long-time commitment to telling our stories with humour and humanity.

"Your Smile" is the tip of the iceberg, or is it songberg? albumberg? Anyhoo, you get the gist.  Tyler is currently putting the finishing touches on a new record of stripped down tunes that were all recorded in the solitude of the Straid Hill bunkie.  With a little extra sugar added by Mark Thackway, Bill McBernie and ? mixed by the legendary Doug McClement.

Nomination for Canadian Folk Music Award 2023 Single of the Year for Julian Taylor's release of 100 Proof.

soooooo... lotsa new music going on. The double record, Well-Seasoned, is in the stream and you can catch it wherever you like to fish for your tunes (apple music, spotify, etc). Also, the single, "Your Smile", released on the amazing compilation release, Stir it up Someday, the brainchild of David Macmichael who along with being one of our fav singer/songwriters ran the open mic called Stir it up Sundays at the dearly departed Relish Bar in Toronto. This single is just one of a pile of tunes Tyler recorded in the bunkie at Straid Hill while waiting out The Thing.  Mark Thackway adds some sweet licks and harmony on this one. It can be heard by clicking the "Listen to" button above.

You can reach "That" Tyler Ellis here: Th@TylerEllis.CA

"One of Canada's best songwriters" (Julian)

"The best music teacher to ever walk the earth" (Posey)

"Tyler Ellis' voice is like smooth silk graced by a warm sunbeam on his track 'Your Smile'" (Joanne Clayton, chef/owner of Relish Bar)

TORONTO SINGER'S FIRST DISC POURS OUT WRY WITH A TWIST. Ellis, ... has put together an outstanding debut record that measures up with humor, humanity and a wonderfully heartworn, poetic muse about life in the Great White North."  (Mitch Potter, Toronto Star)

"You're going to love this." (Bob McAdorey, Global Television)

"Ellis has a gift for songwriting and a wonderful sense of humour." (Midland Free Press) 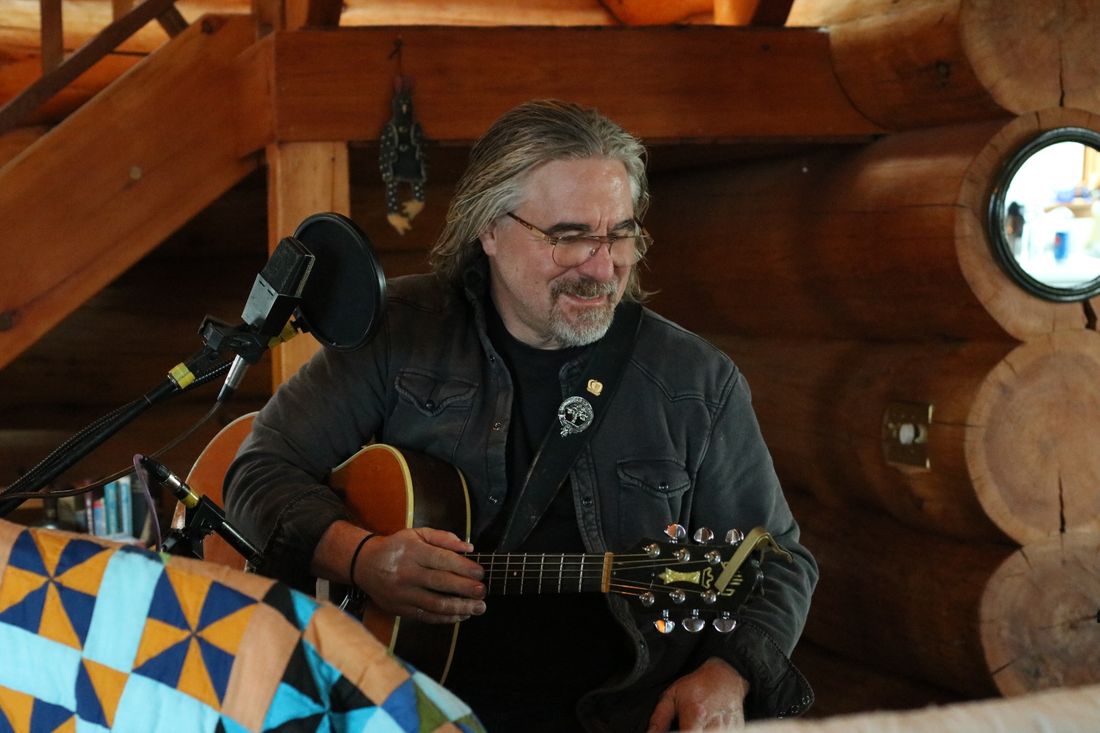